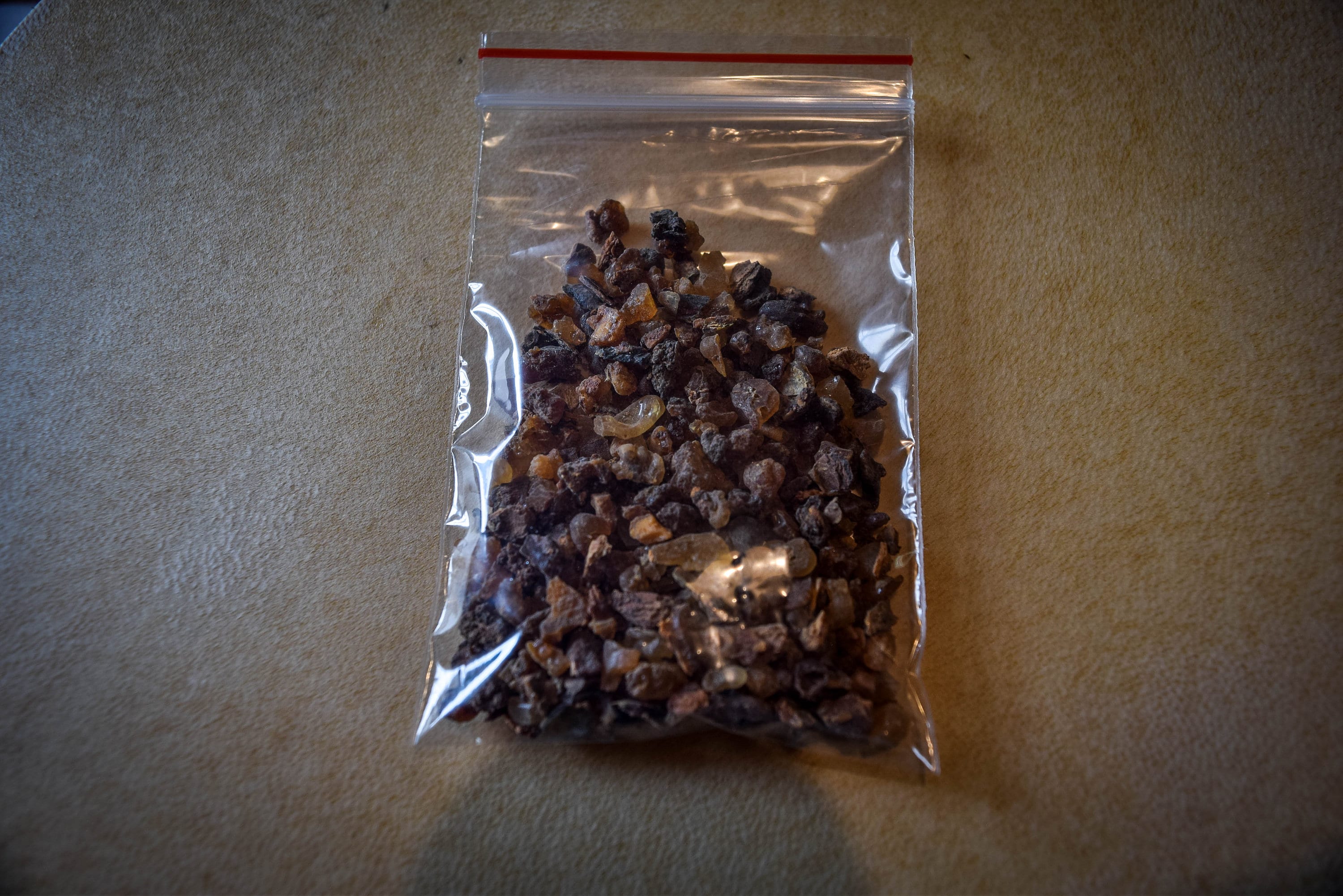 This offer is for 20 g of this top quality Myrrh Resin, 100% Pure and Natural.

Myrrh is sacred to the Great Mother, whether she is called Mary, Isis, or Binah. (The names “Mary” and “Myrrh” both probably derive from the Hebrew word for “bitter.”) It is an herb of the ancient Goddess.
As an incense and anointing oil, Myrrh can lead to rich and rewarding meditation (especially introspection). It is used to heal personal sorrow and to connect with the dead and the Underworld.

Myrrh is a complex scent, and there’s several different energies bound up in it. This ancient, multi-layered treasure just refuses to be pegged.

Myrrh thrives in full sun and was used in ancient Egyptian rites as an incense of Ra, so there are sources that argue for a Solar correspondence.

However, most writers have listed Myrrh as an herb of the Moon, especially the Dark Moon. This makes more sense, given the resin’s strong feminine history. The flowers are white (typical of Lunar herbs).

Given Myrrh’s ancient connections to the Sun/Mars and its protective properties, some people link it to the element of Fire. But as a non-irritant and a healing balm.

How about Water? Because the Moon pulls on the sea and rules psychic matters, a lot of Lunar herbs get automatically sorted onto the Water shelf. Myrrh certainly has some Watery attributes: Its ties to sorrow, contemplation, and the womb. Like tears of grief, Myrrh leads us into the depths of emotion in order to work its healing magick.

Yet Myrrh is not a traditional Water herb, either. It grows in the desert and bears small dry fruit. The usable part is brittle, dark, and viscous. I think of it more as a Moon/Earth herb than a Moon/Water herb.

The energy of Myrrh evokes both the dark ancient earth and the great black sea. Ritually, it is used to heal grief, nurture wisdom, and honor the dead.