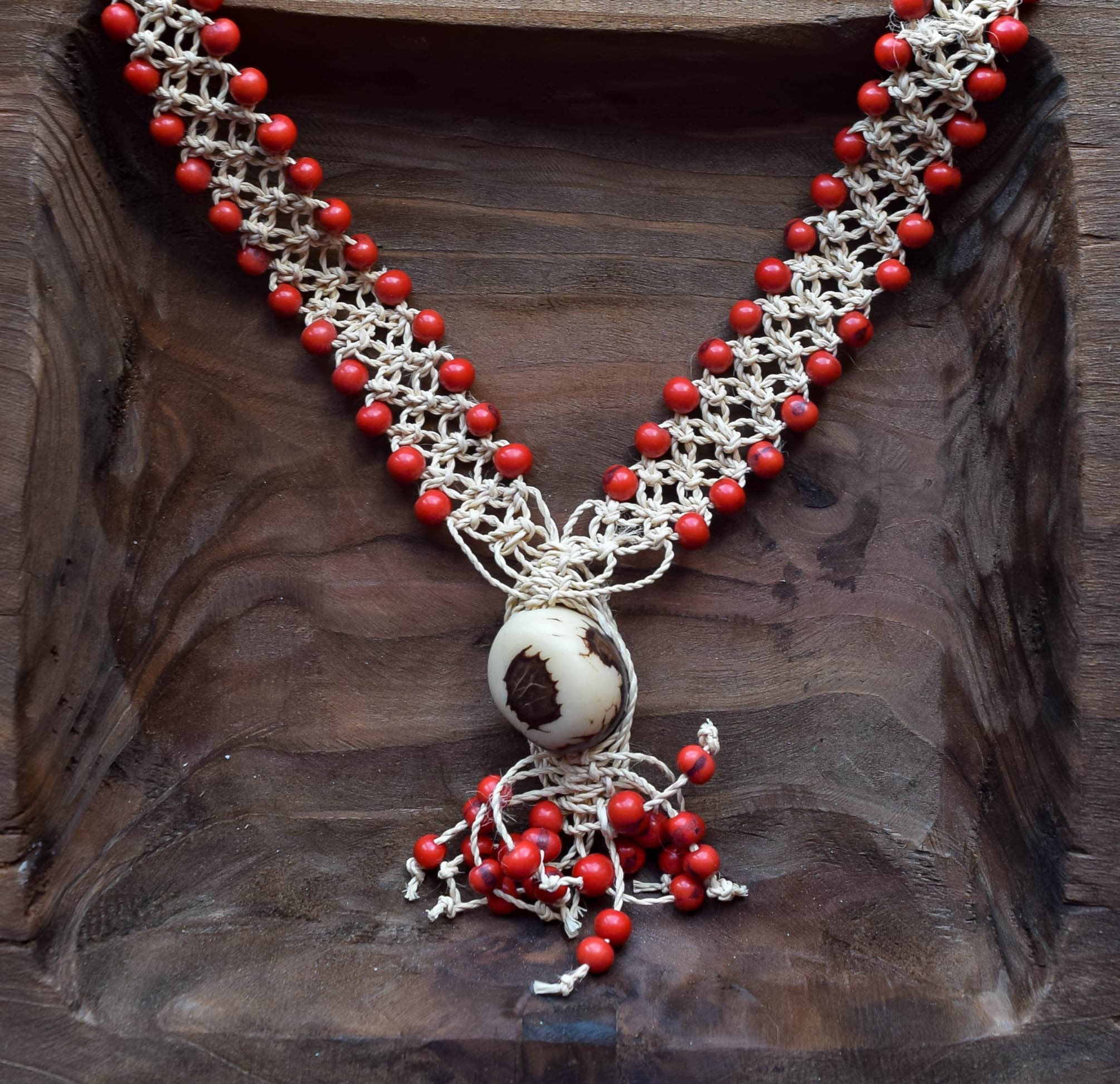 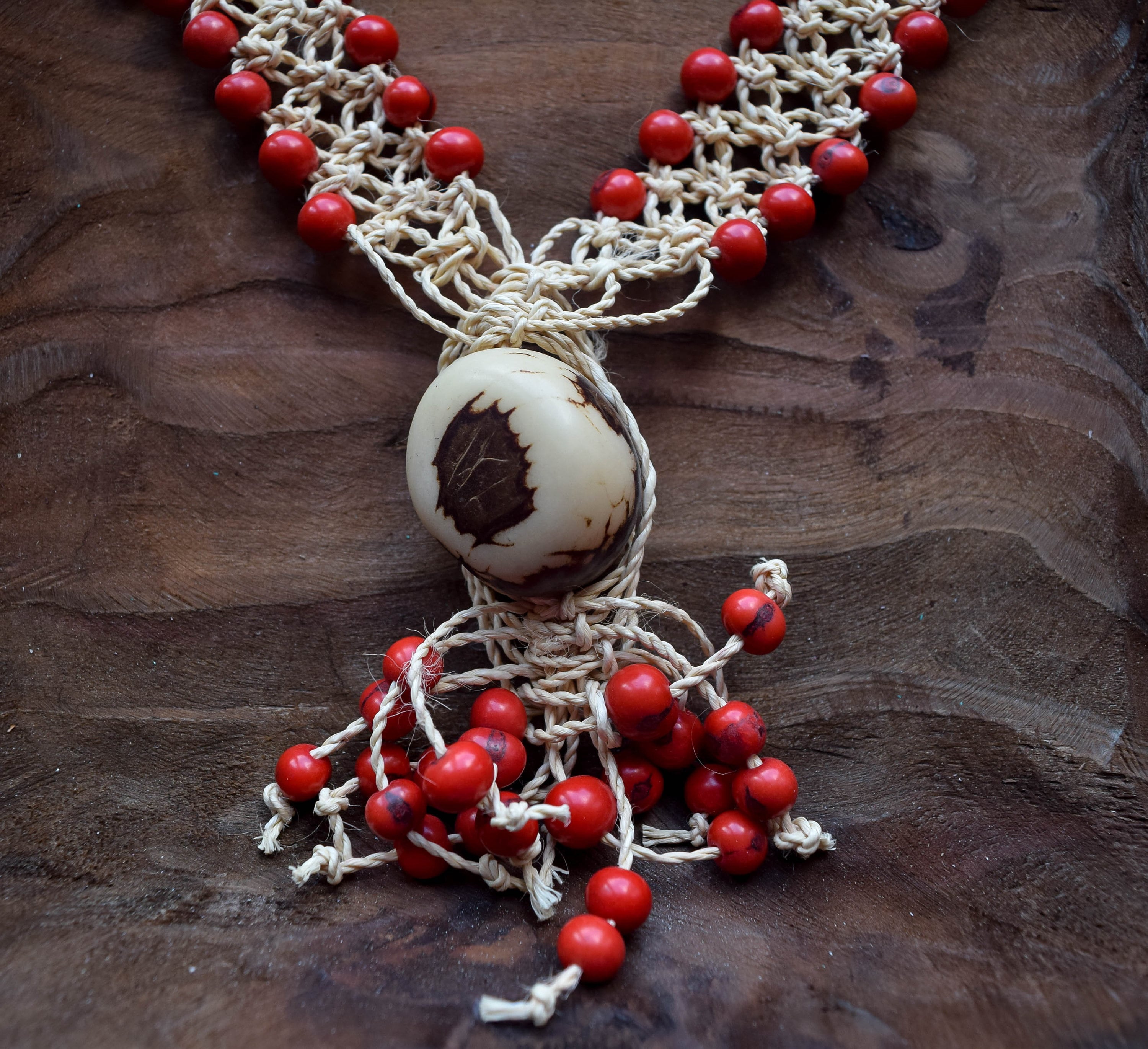 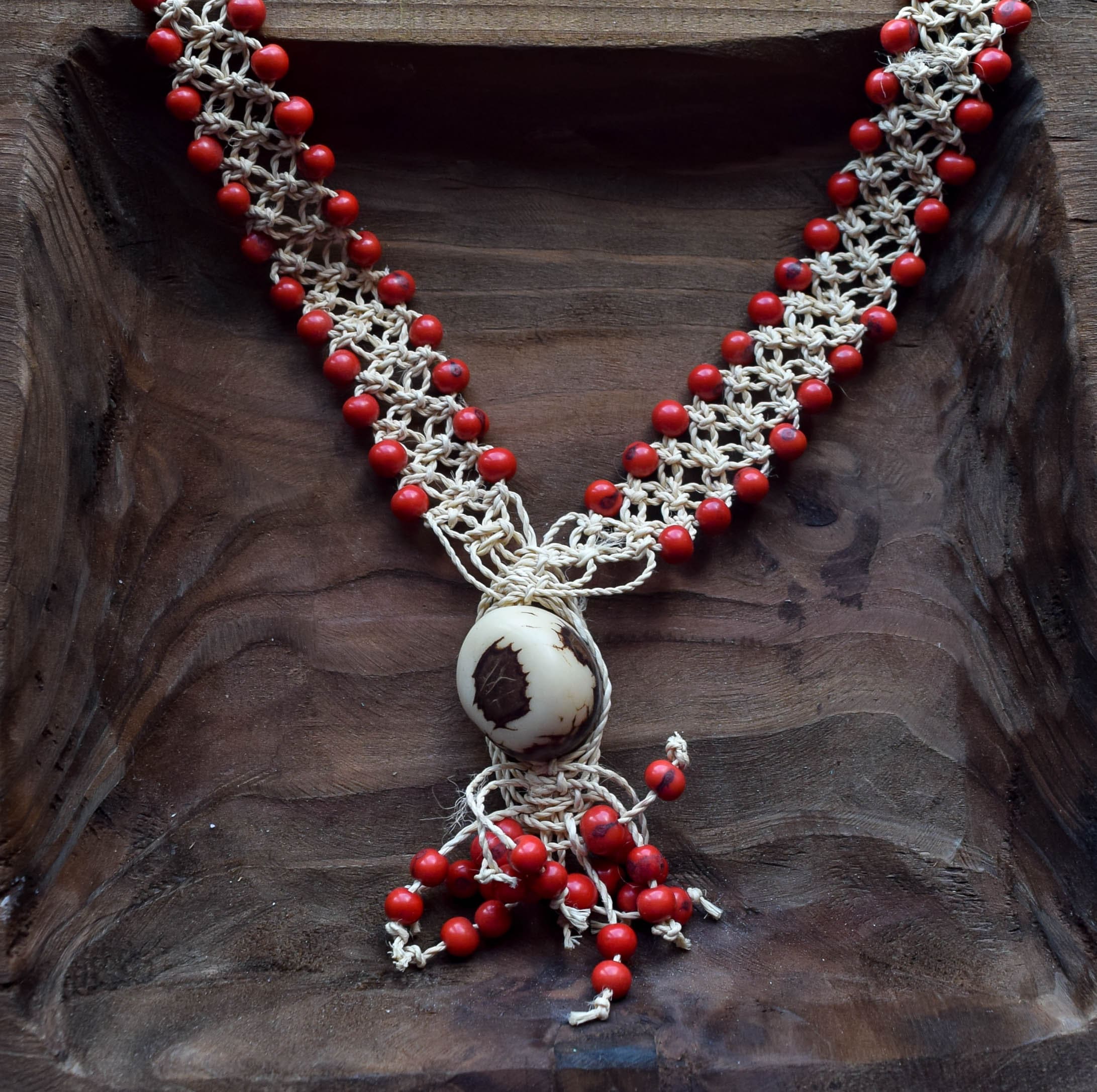 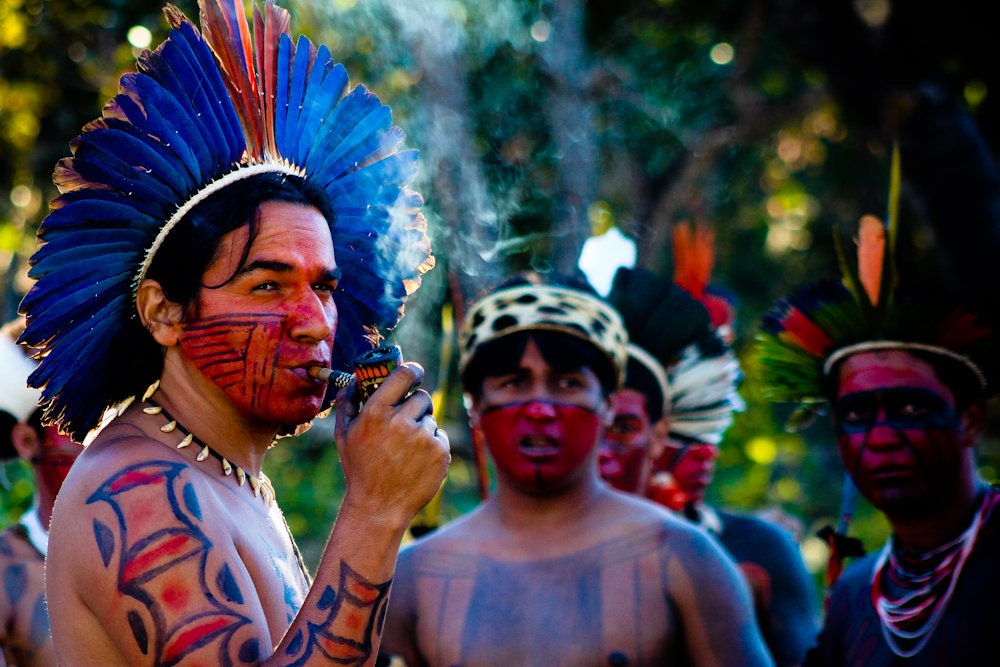 This beautiful necklace, handmade by Brazilian Indians from a tribe called "fulni-ô.
This wonderful jewelry is made of two Brazilian seeds, the small red ones are açaí seeds and the big beige one calls jarina, the vegetal ivory.